Book 2 of the Chameleon Assassin Series

Vengeance and justice are intertwined concepts. Religions and governments have struggled with the proper balance since mankind crawled out of their caves and began building their first social organizations.

Abstract concepts aside, people seemed to have difficulty separating the two things, and a lot of people had always been unhappy with how society defined justice.

Millennia after the first unhappy woman poisoned her mate’s breakfast, someone gave Evelyn Olson a phone number. Just a phone number, hand written on a scrap of paper. She didn’t do anything with it until one day after a court appearance in her divorce battle. Looking for something in her purse, she found the scrap of paper. She was frustrated and angry, so she called the number.

A woman’s voice answered. “Leave your name, phone number, and address. If we can help you, we will contact you.”

Evelyn left her information. A week passed, and she forgot about it. Then her phone rang.

“Be at Bistro68 on Tuesday at eleven fifty-five in the morning. Reservations for Evelyn and Elizabeth.” It was the same woman’s voice as on the recording at the mysterious number.

In my business, anonymity was important. I never wore my real face to meet a client, as I preferred to avoid unexpected knocks on the door late at night. Some people had no sense of humor when their heirlooms disappeared, and trusting to the discretion of someone who hired a thief or an assassin would just be stupid.

Bistro68 catered to the money-is-no-object crowd and was full on a weekday at noon. I strolled in and sat down across from Evelyn Olson, who looked exactly as she did in all the media pictures. I, on the other hand, looked nothing like myself. Projecting an image eight inches shorter and ten years older than my natural form, I was dressed much the same as the other corporate trophy wives meeting for lunch.

“Good afternoon, Evelyn. I’m Elizabeth. I understand that you have a problem. How can I help?”

I’d done a lot of research on her, her husband, and their divorce before I met her for lunch. Corporate marriages sometimes resembled royal marriages in ages past—a means of cementing alliances and creating acceptable babies. Negotiating teams for prenuptial agreements occasionally employed dozens of lawyers. Evelyn was from a prominent corporate family, and her prenup evidently was airtight, preventing Fredrick from just dumping her on the street.

Fredrick Olson’s new playmate was a scandal. Although undeniably beautiful, she was too young, too uneducated, and too middle-class to fit into corporate society properly. No one would have blinked if he wanted to keep her stashed away as his mistress, maybe not even Evelyn. But he wanted a divorce so he could marry the sixteen-year-old kid. Upper-class society was completely aghast.

Evelyn’s main complaint was her husband taking all her jewelry when he left. That pissed her off more than the mistress or the divorce. The divorce judge, a golfing buddy of Frederick’s, had denied her motion to have the jewelry returned.

“I want my jewelry. A friend told me you might have—how did she put it?—a creative solution.”

“We might be able to do that,” I told her, “but our services are expensive. You might spend more than the jewelry is worth.”

She laughed. “I seriously doubt that.”

I quoted her a hundred thousand credits, and she didn’t bat an eye. When she showed me the insurance photos, I understood why.

Dad always told me to be careful about getting involved with domestic disputes, and I understood the potential problems. Evelyn showed me two pictures, one of her grandmother wearing a necklace, and then a picture of Fredrick’s sixteen-year-old sugar baby wearing the necklace. I was about as cynical as they came, but fair was fair.

An aircar rose from the roof, and soon after, most of the lights in the penthouse above the twenty-second floor went out. Time for me to go to work.

I’d spent the previous week scouting the job, following the mark and mapping his habits and movements. It all came down to sitting outside the exclusive apartment building, topped by Fredrick Olson’s penthouse overlooking the lake, and waiting for him and his arm candy to head out for a see-and-be-seen charity event. The kind of event where the richer-than-God crowd got together and donated fifteen minutes’ income, along with fifteen minutes’ lip service, to the “unfortunate among us.”

On a scouting foray into the building, I had learned that some of Olson’s security guards remained on duty when he went out. That eliminated the easy way in. Climbing a twenty-two-story building was a difficult proposition at the best of times, but I was recovering from a bullet wound and surgery to my left hand. Climbing anything taller than a molehill was still beyond my ability.

For a lot of reasons, I would rather break into a walled estate than a high-rise apartment building. During the day, when Fredrick Olson was at work, his mistress and the housekeeper were at home. In the evening, most of the other residents throughout the building were home, and the place was crawling with ‘personal security personnel’, also known as bodyguards.

I crossed the road, my chameleon talents allowing me to blend into the darkness. The deepest shadows lay on the southwest side of the building that was closest to the lake. If I kept completely still, even the security cameras couldn’t pick me up. I had to move, though, to reach my destination.

An arm’s length from the wall, I turned on the personal jetpack I wore—an unanticipated bonus from a previous job—and rose until I reached the roof. I pulled myself onto the roof and lay between the parapet and the greenhouse glass, barely breathing, waiting for some kind of alarm. Nothing happened.

The penthouse covered half of the roof, and the apartment included the entire floor below me. A domed greenhouse with a garden covered the other half of the roof. From the ground, the dome wasn’t visible, but the palm trees looked too healthy to be exposed to unfiltered city air.

Shrugging out of the jetpack harness, I crawled along until I reached the gardener’s shed. As far as I could tell, it was the only way to go from inside the dome to the outside. The door had an electronic combination lock and a simple alarm contact, but that was it. I bypassed the alarm and disabled the lock. When I pulled on the door, I discovered it hadn’t been used very often. Creaking, rusty hinges screamed, and I winced. A panicked glance at the house showed no movement or change. I hoped no one was inside the apartment. If so, I was already screwed.

Another door opened from the shed into the garden. The glass ceiling thirty feet overhead gave the impression of being truly outside. I seriously doubted security cameras or pressure sensors covered the space. Why bother? Breaking through the acrylic glass would’ve taken a bomb. Such rooftop conservatories were designed to withstand tree limbs blown into them at sixty miles an hour.

Keeping low and blending into the shadows, I made my way past a fountain to an area with several tables surrounded by chairs. No one sat outside enjoying sunny days anymore, at least not in the city, but if you were rich, you could pretend.

The sliding-glass door from the garden to the house didn’t have an alarm contact on it and wasn’t even locked. I walked right into an entertainment area with a bar, dance floor, and more tables and chairs. Beyond were a formal dining room and a small kitchen. The rest of the rooftop level included a game room and a gymnasium with a lap pool. I took the servants’ stairs from the small kitchen down to the main level.

Evelyn told me the jewelry would be in a safe in the master bedroom, and had given me the combination. Frederick hadn’t changed it. I took the jewelry that matched the insurance pictures she showed me and put the rest back. Evelyn wanted to send a message. I felt a little guilty, though. The gig was almost too easy.

If I had been working for myself, a lot of the artwork and the rest of the jewelry would have been in jeopardy. Evelyn hoped Fredrick wouldn’t realize the jewelry was missing, so I made every effort to leave everything exactly as I found it.

But what were the chances that Fredrick would miss a half-dozen bottles of wine and whiskey? On my way out, I looked into the wine cellar and under the bar. I wasn’t a real expert in fancy alcohol, so I used my phone to check his stock against the infonet. I pulled a few of the most expensive wines for Mom and the most expensive whiskeys for Dad. It never hurt to butter up the parents in case I needed a favor.

Evelyn and I met for lunch the following day at the same charming little bistro as before. I liked the place since the menu proudly boasted that the fish contained no heavy metals or toxins, and she was paying.

We did the so-good-to-see-you air-kiss thing, and I passed her a shopping bag. “Happy birthday!”

“Oh, you shouldn’t have,” she said, slipping me a payment card.

“I recovered all the pieces except one,” I told her after the waiter took our orders. “The diamond and turquoise choker.”

“The little slut probably wore it,” Evelyn said with a shrug. “Such is life. At least you got my grandmother’s necklace and the antique diamond set.” She grinned. “I’m going to love seeing Fredrick’s face at the museum fundraiser when I wear them.”

I chuckled. “Who are you going with?” A man I was dating had invited me, and it suddenly looked as though it might be more interesting than I’d thought.

“Dolores Channing and her brother,” Evelyn said. “You know I don’t dare go near a man until the divorce is final. It’s fine for him to screw around, but he would love to invoke the infidelity clause in the prenup.”

“Seems like a silly clause since you didn’t have any children,” I said.

“Definitely. It turns out that he’s sterile.” She gave an aggrieved sigh. “You know, Elizabeth, before the world went to hell in a hand basket, there was a movement in North America and Europe that came close to giving women true equality with men. But as soon as the corporations took over, the boys at the top put a stop to that.”

I’d read about that in my history classes at the university. It wasn’t that women were denied equality, but at the top of the social ladder, women such as Evelyn and her mother, and my maternal grandmother, traded equality for the comfort and luxury their beauty could buy. Very few women cracked the top levels of corporate hierarchies.

Nothing stopped Evelyn from going out and starting her own company, but instead of going to university when she was eighteen, she married a corporate executive eighteen years her senior. I didn’t have a lot of sympathy for her, since she was Olson’s second wife. He seemed to trade them in when they hit thirty-two.

We ate our lunches, gossiping like a normal pair of corporate trophy wives. After we parted, I went to the ladies’ room and changed my appearance, morphing from the woman Evelyn knew into plain old me. With a full purse and a bounce in my step, I ventured forth to hunt down a wicked pair of shoes I’d seen in a shop window.

Chameleon Uncovered was released on March 6, 2017, and is available for purchase on Amazon.com. Happy reading! 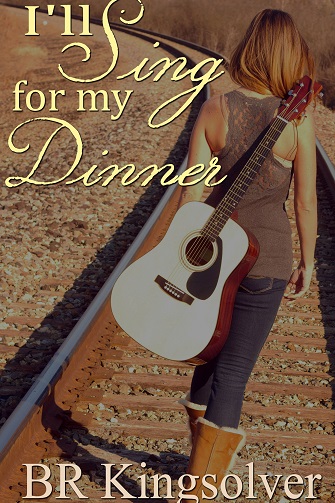