I’m throwing a Book Blast to celebrate the release of my new novel, Succubus Ascendant, Book 4 of The Telepathic Clans Saga. This is the final book in the series. The blast starts on Nov. 17.

There is a contest for a $10 Amazon gift card associated with the tour. ENTER THE CONTEST HERE.

Continue reading to see the Schedule of the Book Blast! 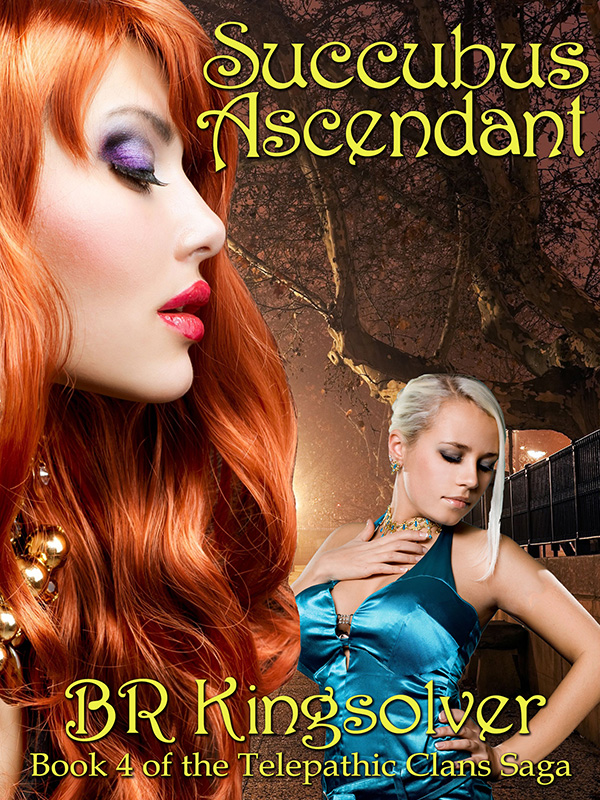 Corwin has led Clan O’Neill for one hundred and fifty years. Nearing the end of his long life, he names a 23 year-old girl as his heir. Not only is Brenna a member of Clan O’Donnell, she’s also a succubus, or Druid as they’re known in Ireland, and many people disagree with his choice. When Corwin dies, his son Hugh launches an open rebellion.

At Clan O’Byrne, Fergus’s oldest son Andrew joins with Finnian O’Neill and also rebels. Faced with war on two fronts, with the rebels using terrorist tactics that capture the attention of the normal press and authorities, Brenna must fight off assassination attempts while trying to consolidate her rule.

If that wasn’t enough, her friend Irina is the target of repeated kidnapping attempts by members of a Russian Clan. Hoping to protect Irina, O’Donnell mounts an operation against the Gorbachev Clan. The situation in Russia is no more stable than in Ireland. Alexander, head of the Romanov Clan, is dying, and his children are gearing up for a civil war. His daughter Galina kidnaps Irina, hoping to keep Gorbachev out of Romanov’s internal strife.

Sound confusing? Brenna and Rebecca attempt to sort through the mess in Succubus Ascendant, the action-packed conclusion of The Telepathic Clans Saga.

Here are the hosts for the book blast. Note, they may not post on the date indicated as they are allowed to post any day during that week.